Download the Elves, Rogues, and Rifts expansion and the free Questing Update now! 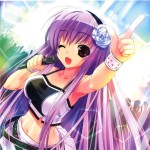